Note:- # Login or register to get the full service from this website. # After changing the language, move the mouse scroll or click the reload button.
Home / Technical Analysis / Weekly Forex Forecast 01/03/2020

The Euro rallied significantly during the week, spiking above the 1.10 level during the week. Friday was extraordinarily volatile, and I would anticipate that there is probably some noise still to be had in this pair, but the question now is whether or not the Federal Reserve will come out and cut interest rates over the weekend. If they do, the Euro will be the main beneficiary and we could very well find ourselves above the 1.10 level. If both banks cut rates or do things to liquefy the economy as some people are speculating, that should send this market right back down. 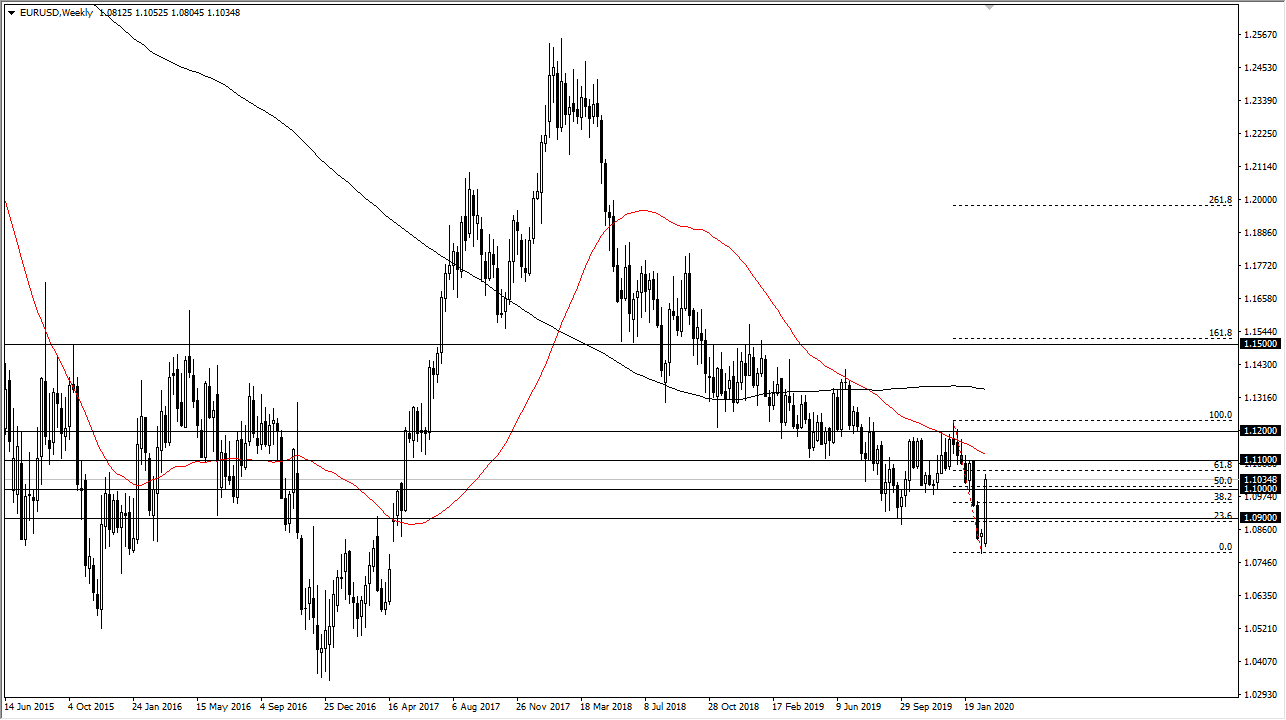 The Australian dollar had a wild week, gapping lower to kick off the week and then broke down below the 0.65 level during the day on Friday. Jerome Powell stated late on Friday that the Federal Reserve is monitoring the markets and were willing to step in and do whatever it takes, which is signal for a rate cut is probably coming. Because of this the US dollar take a little bit of a hit but quite frankly the Australian dollar is probably the last currency you should be buying against it. I anticipate that we will have a move higher to kick off, but then see plenty of sellers near the 0.67 handle if we get that high. 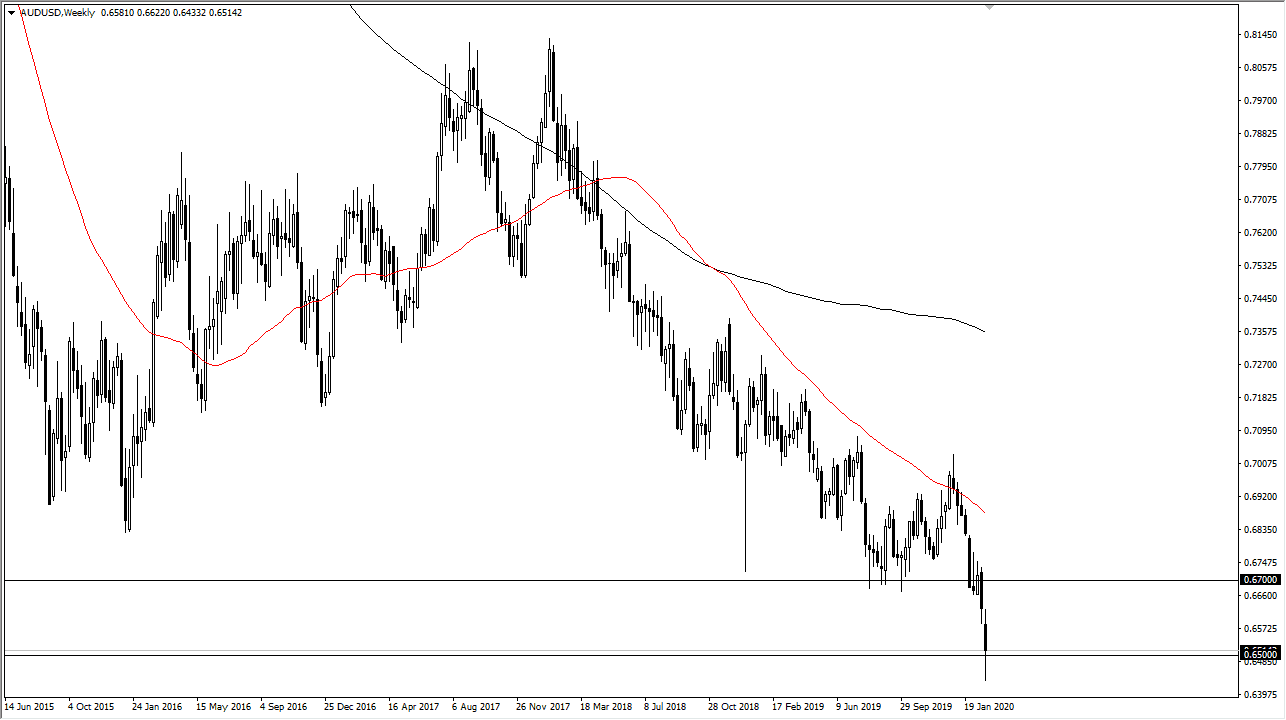 The British pound has collapsed against the Japanese yen during most of the week, and it looks like we are probably going to continue to go bit lower. This will be especially true if the coronavirus cases continue to escalate, and it certainly looks as if that will continue to be the case. Ultimately, this is going to be a very interesting open for the week, but one would have to say that rallies are probably going to be faded, and a breakdown below the bottom of the weekly candlestick of course will be sold. 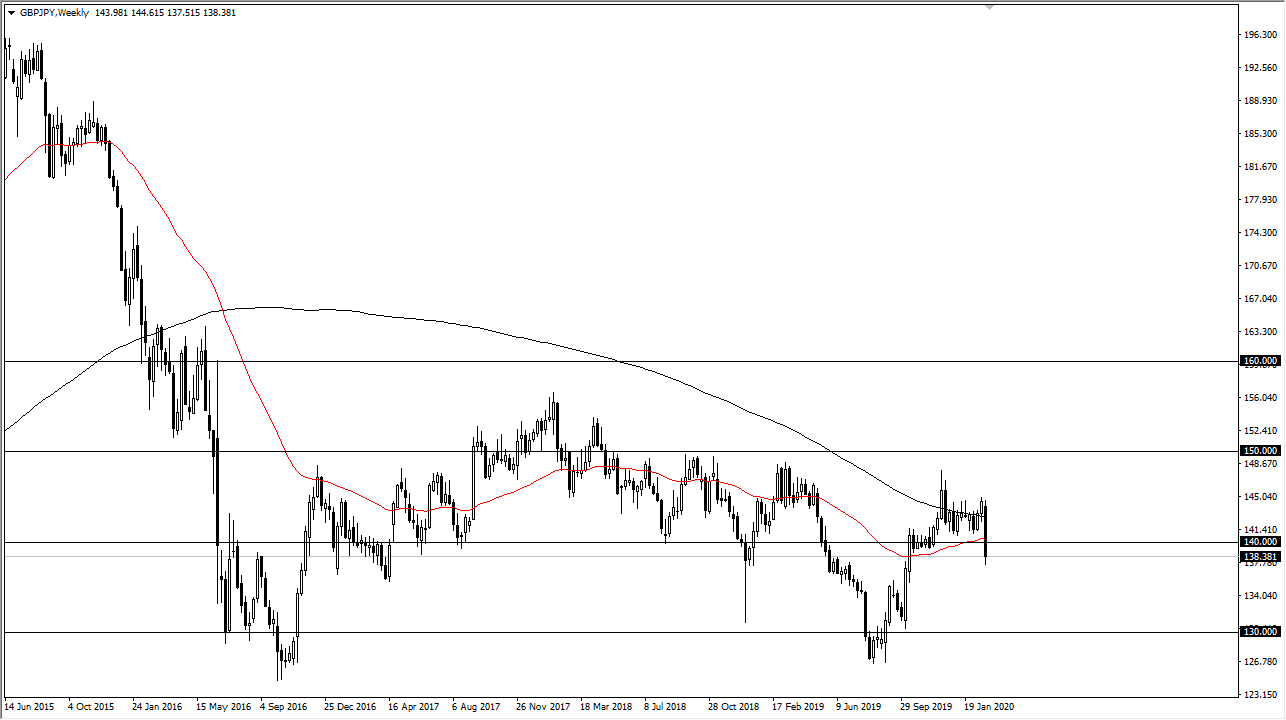 The US dollar got crushed against the Japanese yen during the week, and much like the GBP/JPY pair, I believe that rallies will be sold into, and most certainly a breakdown below the bottom of the candlestick would send this market down towards the lower levels, with the ¥107 level being targeted first, followed by the ¥106 level, and then the ¥105 level. If we do rally, it will take a daily close above the ¥110 level II convinced me a rally is the real deal. 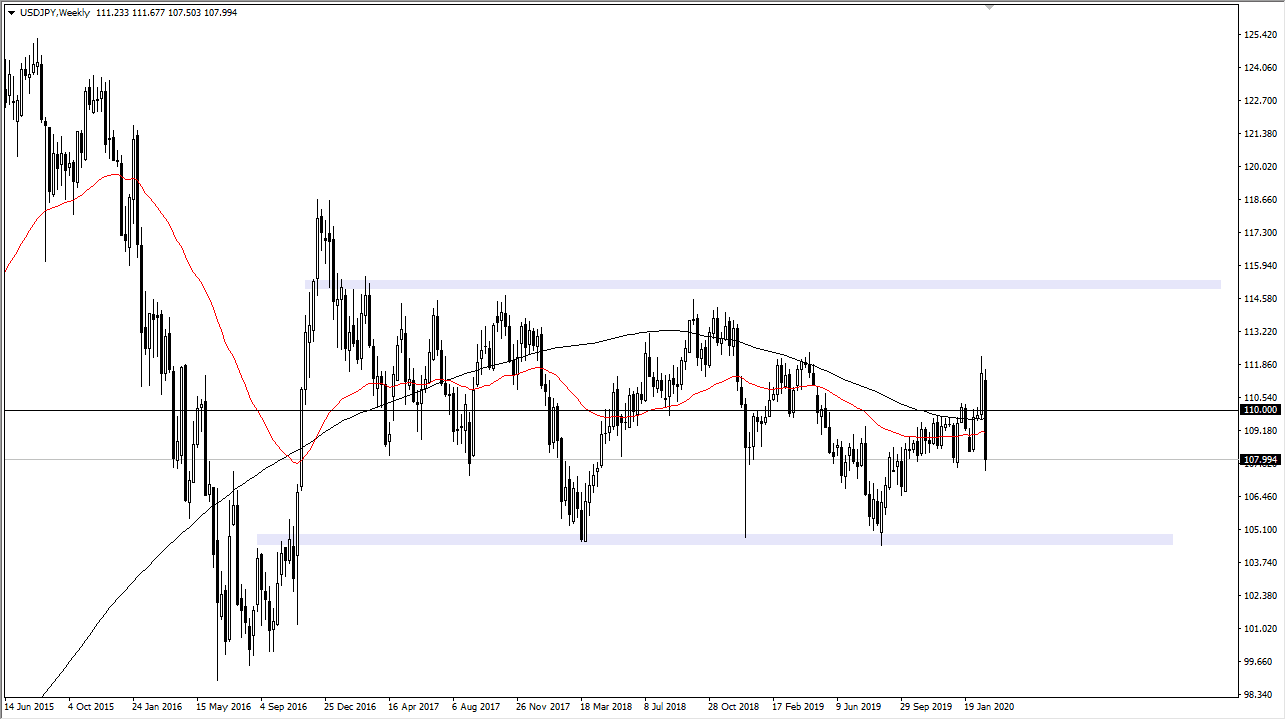