Note:- # Login or register to get the full service from this website. # After changing the language, move the mouse scroll or click the reload button.
Home / Technical Analysis / Weekly Forex Forecast 22/12/2019

The US dollar has rallied a bit during the week but was relatively contained at the ¥110 level. That’s an area that needs to be broken in order for the buyers to continue to push the market higher and reach towards the ¥111 level and then the ¥112.50 level next. All things being equal though, I think that this market probably continues to consolidate between the ¥110 level and the ¥108.50 level making a little bit of softness this week very possible. However, if we get some type of really good news coming out of the US/China trade situation, it’s likely that we will spike much higher, but without that this week is going to be quiet. 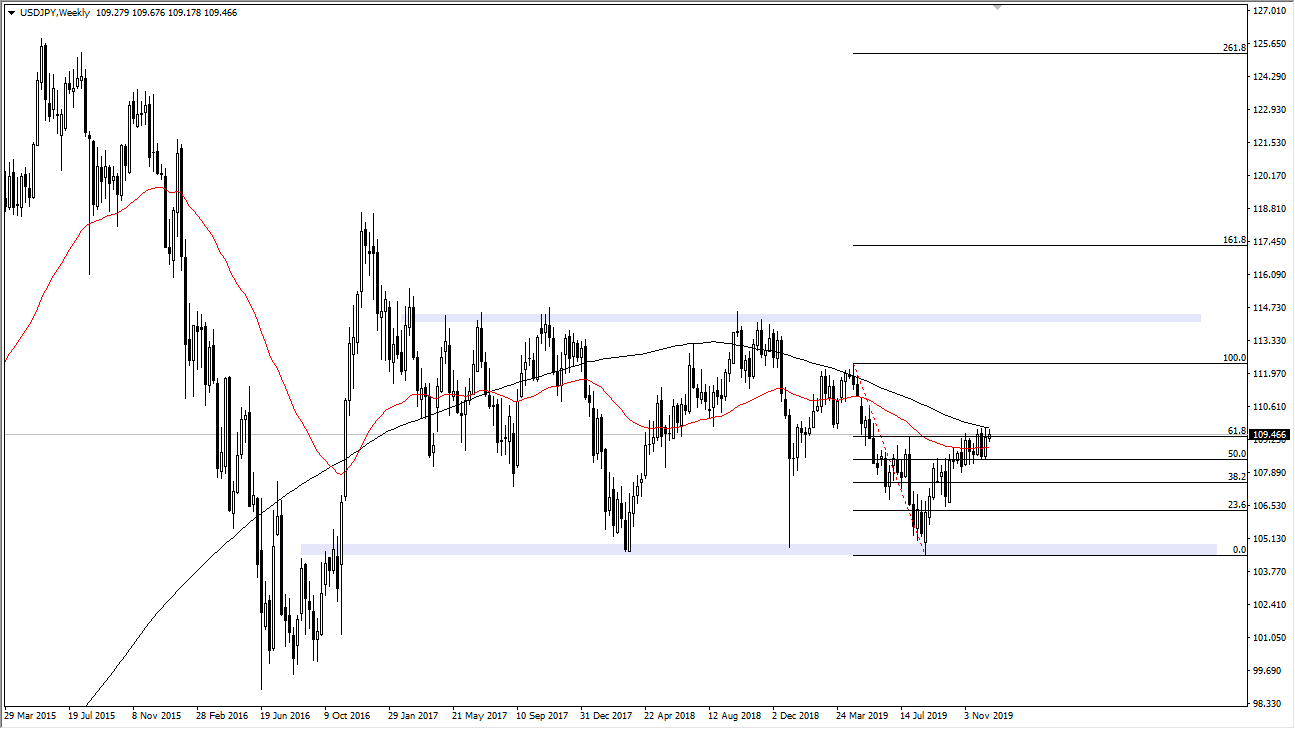 The Euro tried to rally initially during the week but has continued to find resistance at the downtrend line and rolled over below the 1.11 level. I think that the market is probably likely to go looking towards 1.10 level underneath, and that rallies would be sold on short-term charts. As it is Christmas week, I don’t expect much in the way of momentum, I think it’s more or less just going to be a bit of a drift lower than anything else. 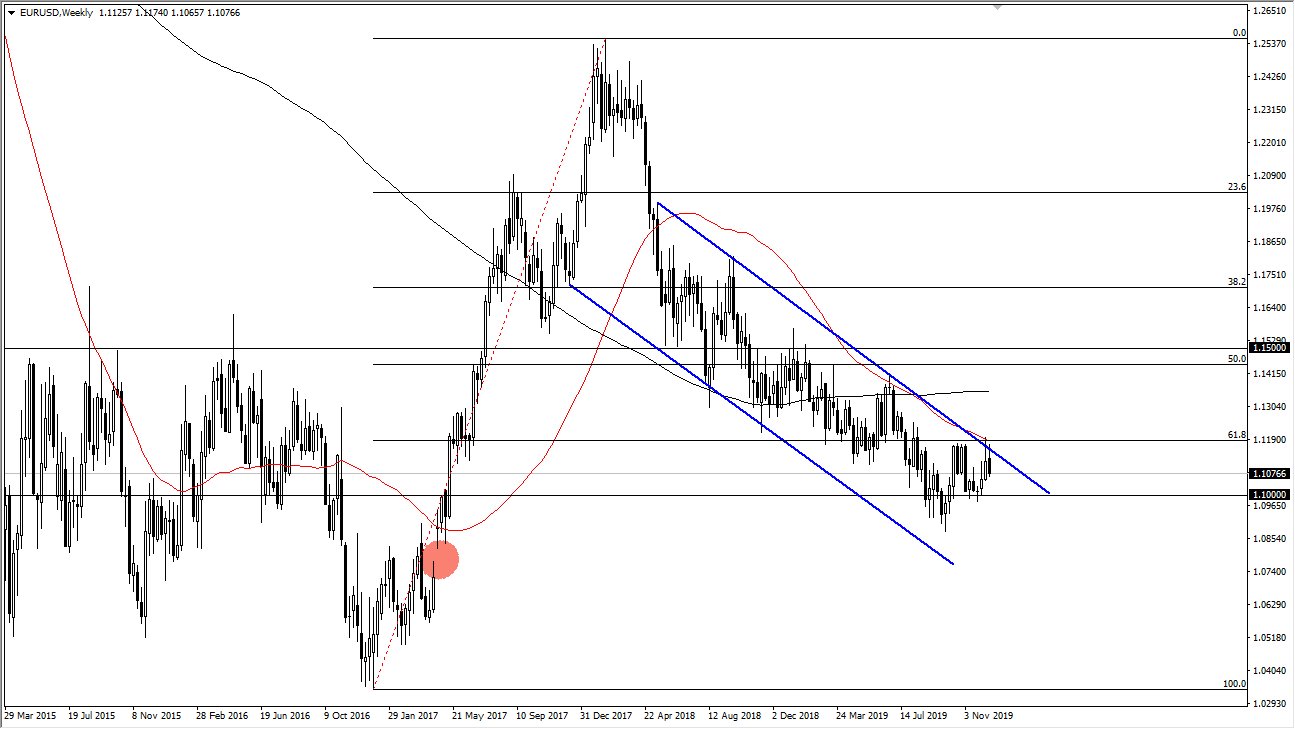 The Australian dollar initially fell against the New Zealand dollar but bounced enough to form a hammer. The hammer is preceded by a possible inverted hammer, and a break above the previous candlestick would send this market much higher, perhaps to the 1.06 level. I think at this point we are trying to find a bit of a bottom in this pair, and I deftly favor the upside in general. Looking at triangulation, the study of how both of these currencies are performing against the US dollar, I think the Australian dollar is starting to flex its muscles. 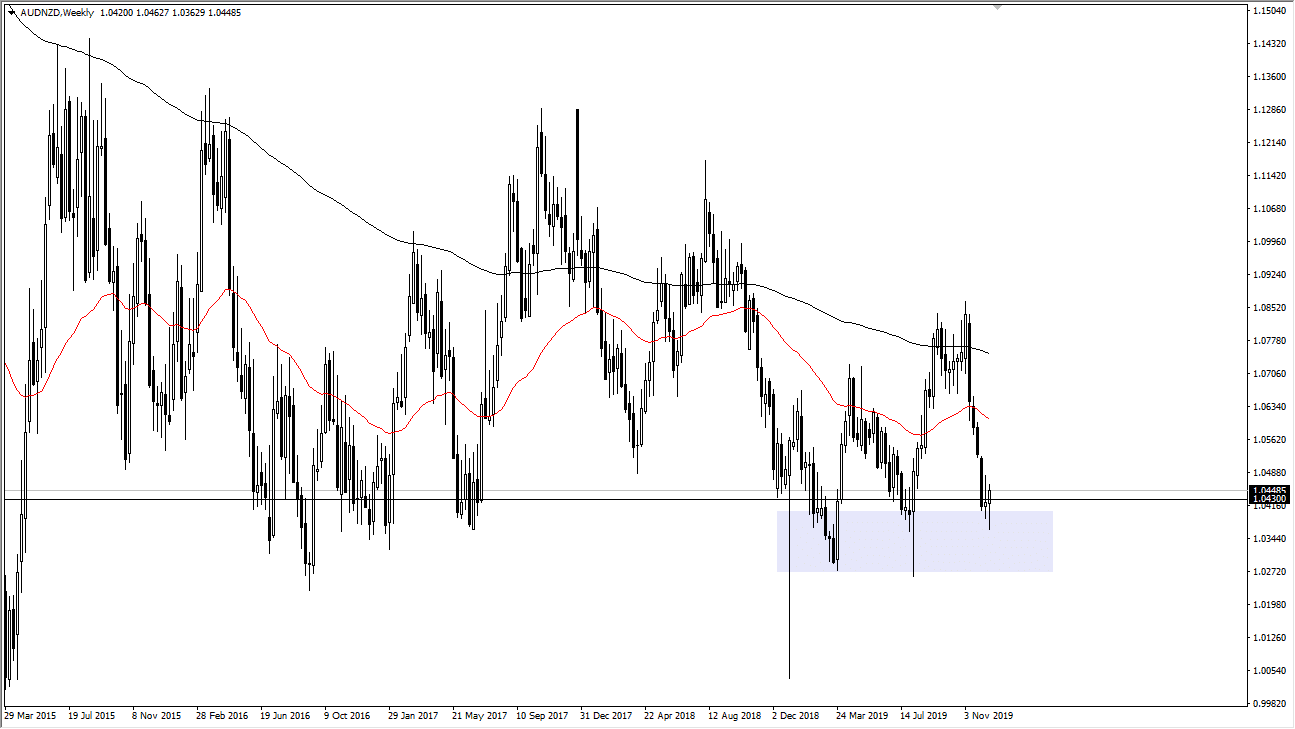 The Australian dollar has gapped higher to kick off the trading sessions for this past week, turned around to break down a bit and then turned around to show signs of life again. Now that we have formed a hammer that is preceded by a shooting star, I think that we are setting up for a move to the upside. If we can break above the top of the candlestick from the previous week, it’s very likely that we will in fact continue to go towards the 0.71 handle. We are in the process of trying to form a bottom in this market but that might be more of a story for 2020. 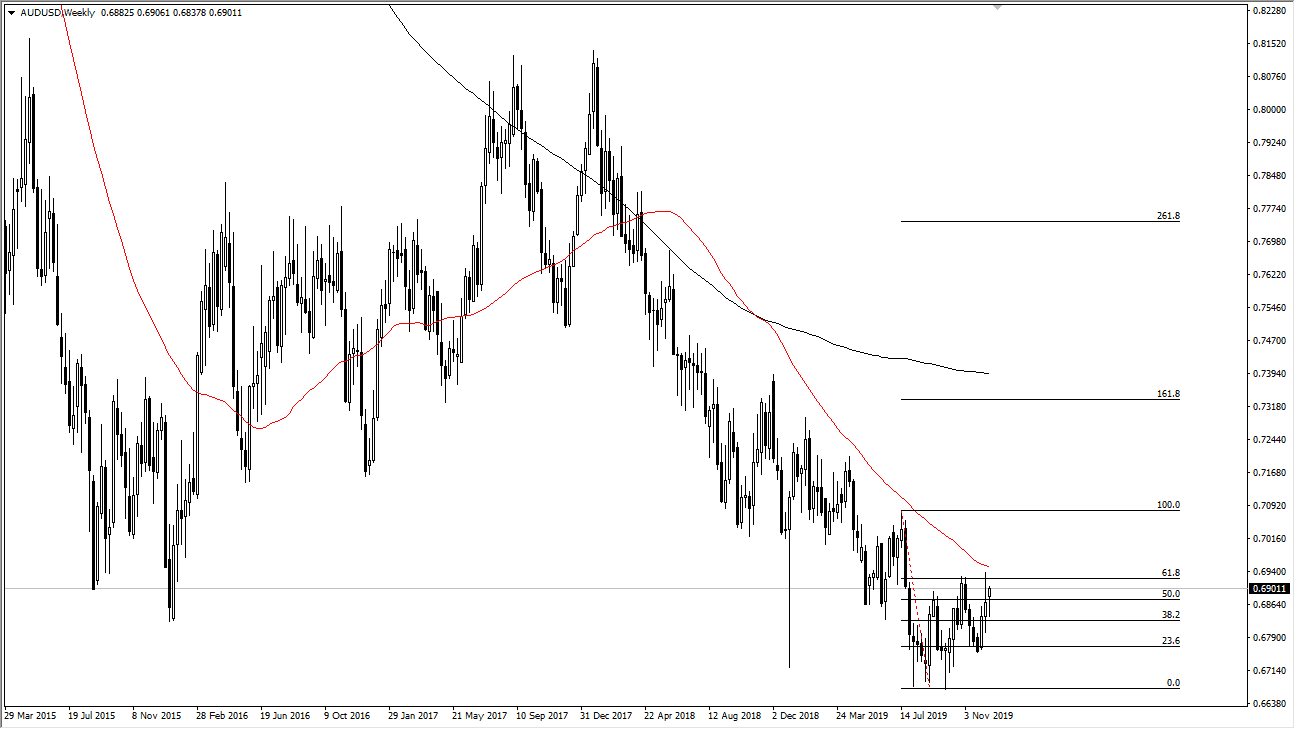