Note:- # Login or register to get the full service from this website. # After changing the language, move the mouse scroll or click the reload button.
Home / Market / Analysis / Weekly Forex Forecast 08/12/2019

The British pound has had a productive week, breaking towards the upside quite significantly, slicing above the top of the overall consolidation that we had been in for a couple of months. The British pound is getting a bit of a boost due to the fact that it looks like we will get a Tory Parliament, and that could help the process of getting out of the European Union. At this point in time it’s likely that we will continue to see a lot of movement based upon the latest election polls, but we are getting close to the end here, and it looks like traders are willing to jump in and push this market higher. 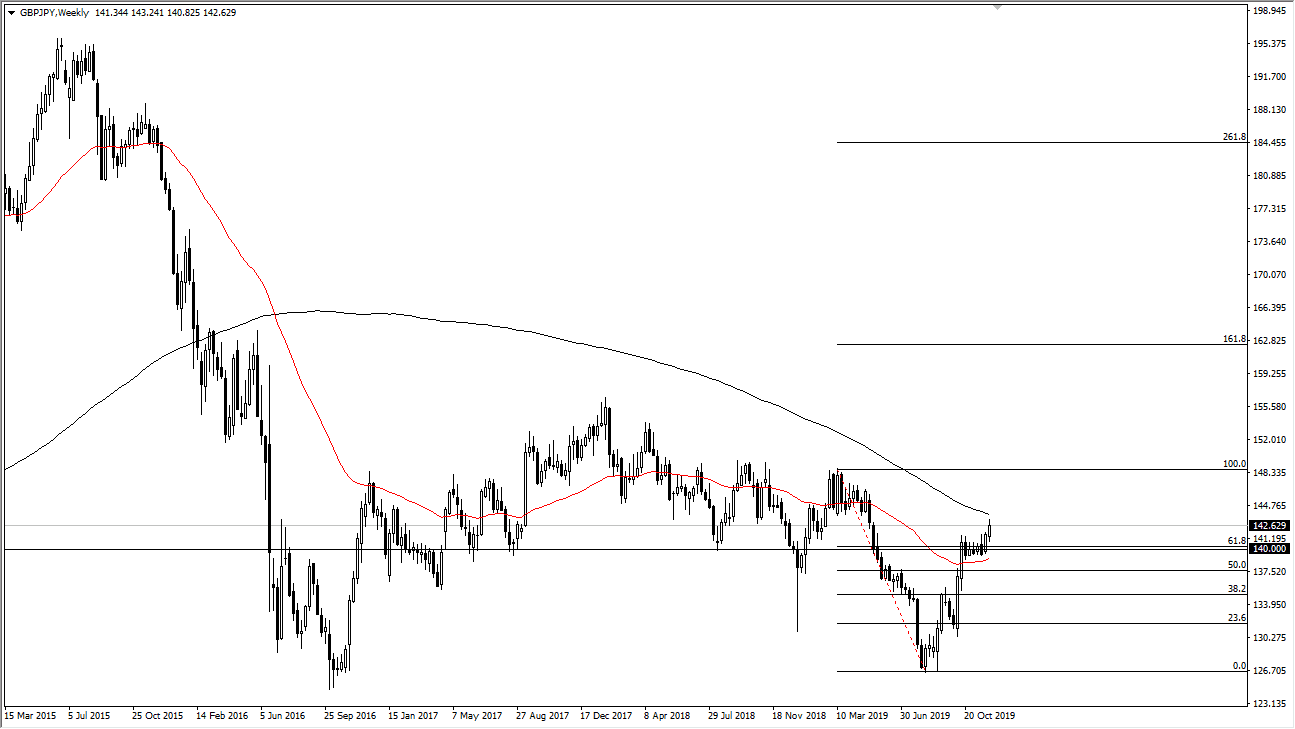 As mentioned in the GBP/JPY pair, it’s likely that the market will continue to focus on the British election’s, but the candlestick that formed for the GBP/NZD pair suggests that we are finding buyers at the 2.00 level, an area that obviously will attract a lot of attention. I anticipate that this week will see bullish pressure, and that we will go looking towards the 2.05 level given enough time. That doesn’t mean is going to be easy, but this should continue to be very bullish in general, as the British pound will probably be bought if we get good news. 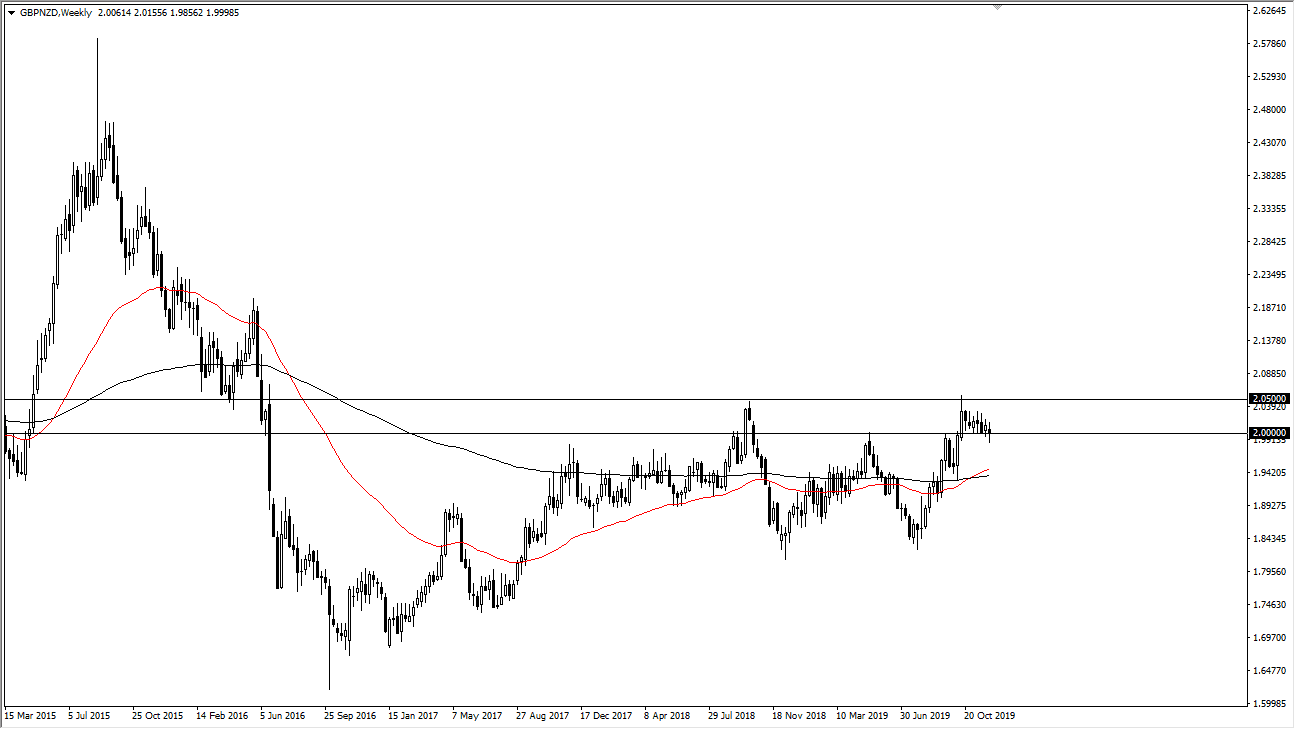 The US dollar has fallen during most of the week, but it looks as if we are testing the bottom of the channel, an area that is obvious support. Beyond that, we also have the 50 day EMA getting ready to cross above the 200 day EMA on the daily chart, which is known as the “golden cross.” While you can see on this chart, I suspect we are going to see a bounce this week as we try to grind away above resistance towards the ¥110 level. If we can get above there, the market is likely to continue to go much higher. Otherwise, if we were to break down below the 170 level, the market probably breaks down. 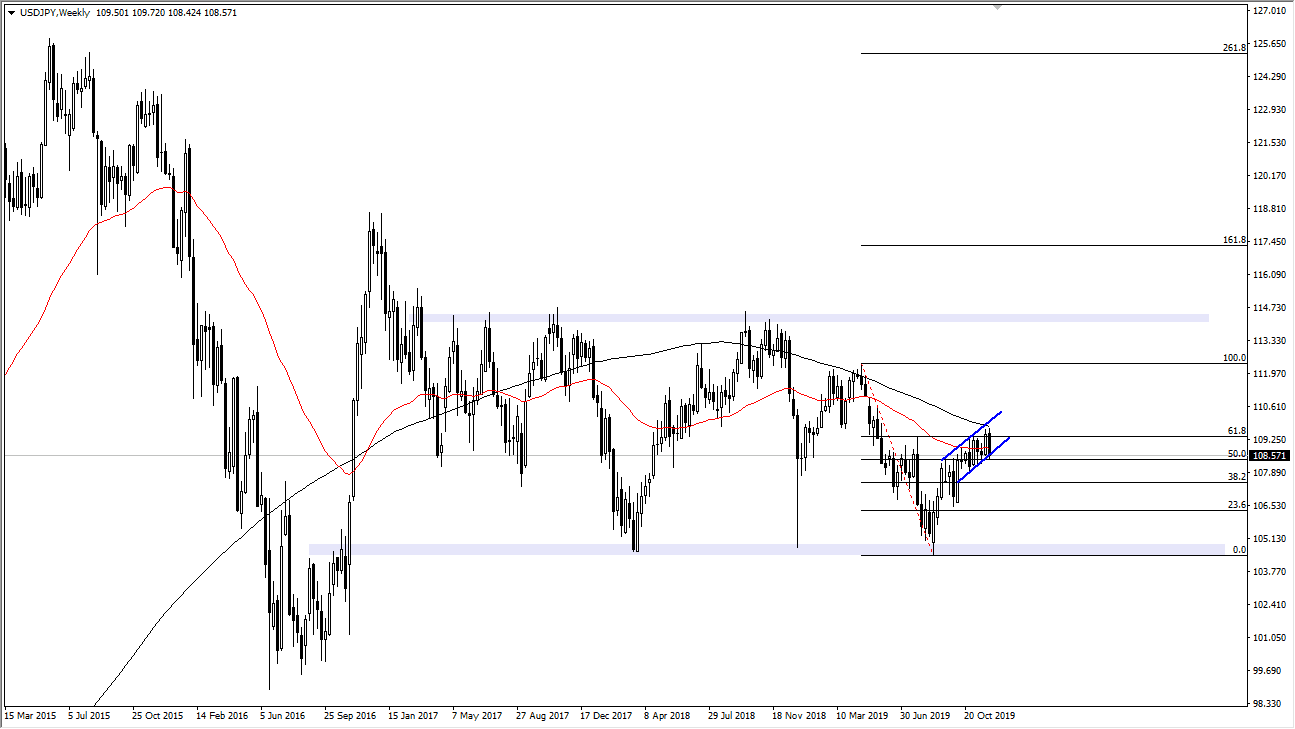 The Euro tried to rally during the week but gave back quite a bit of the gains. Those gains of course were given up to form a less than impressive candlestick. This shows that there will probably be sellers given enough time, and I think we will probably break down below the 1.10 level underneath. If we were to crack that level, then it’s likely that the market goes down to the 1.09 handle. I have no interest in buying this market. 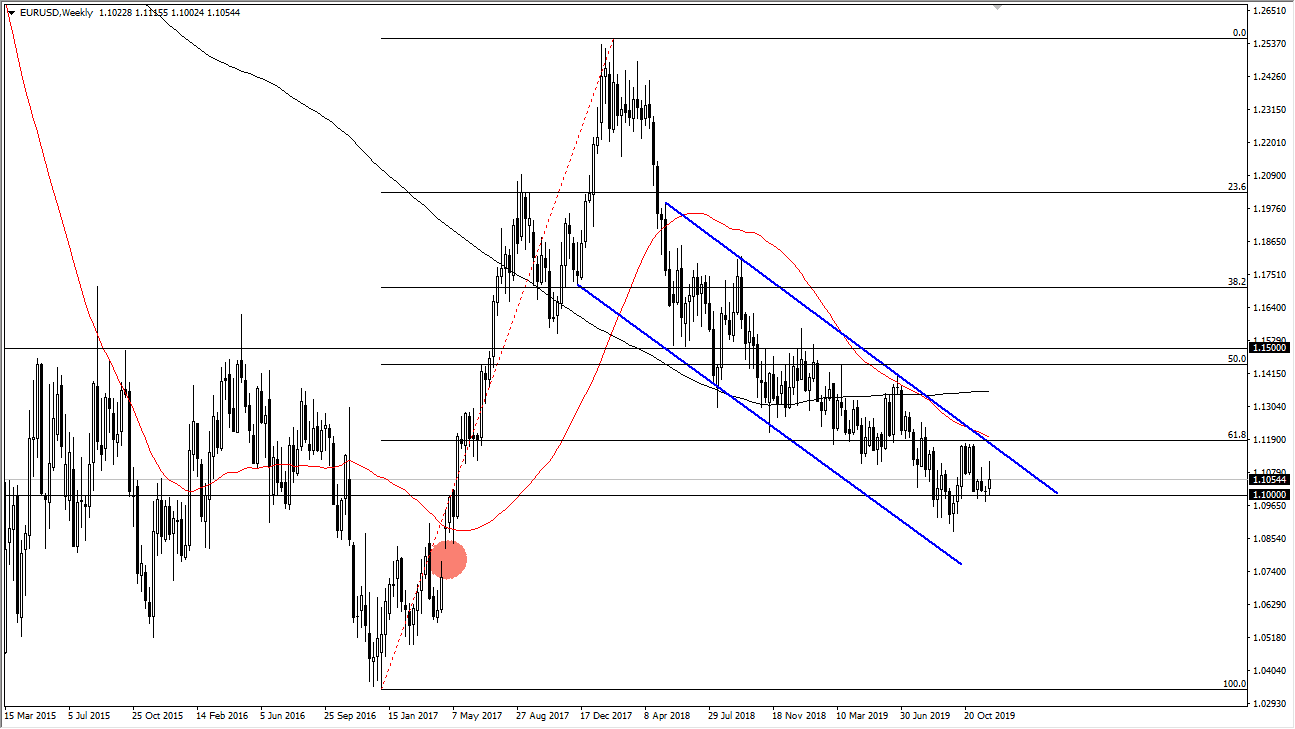