Note:- # Login or register to get the full service from this website. # After changing the language, move the mouse scroll or click the reload button.
Home / Market / Analysis / Weekly Forex Forecast 24/11/2019

The British pound initially tried to rally during the week but then fell rather hard. At this point in time the market is starting to form a large flag, and I think if we can break above the 1.30 level is very likely that the market could continue to go higher. The market breaking above the 1.30 level kicks off a move towards the 1.33 handle, and then possibly the 1.38 level after that due to the pole on the bullish flag. 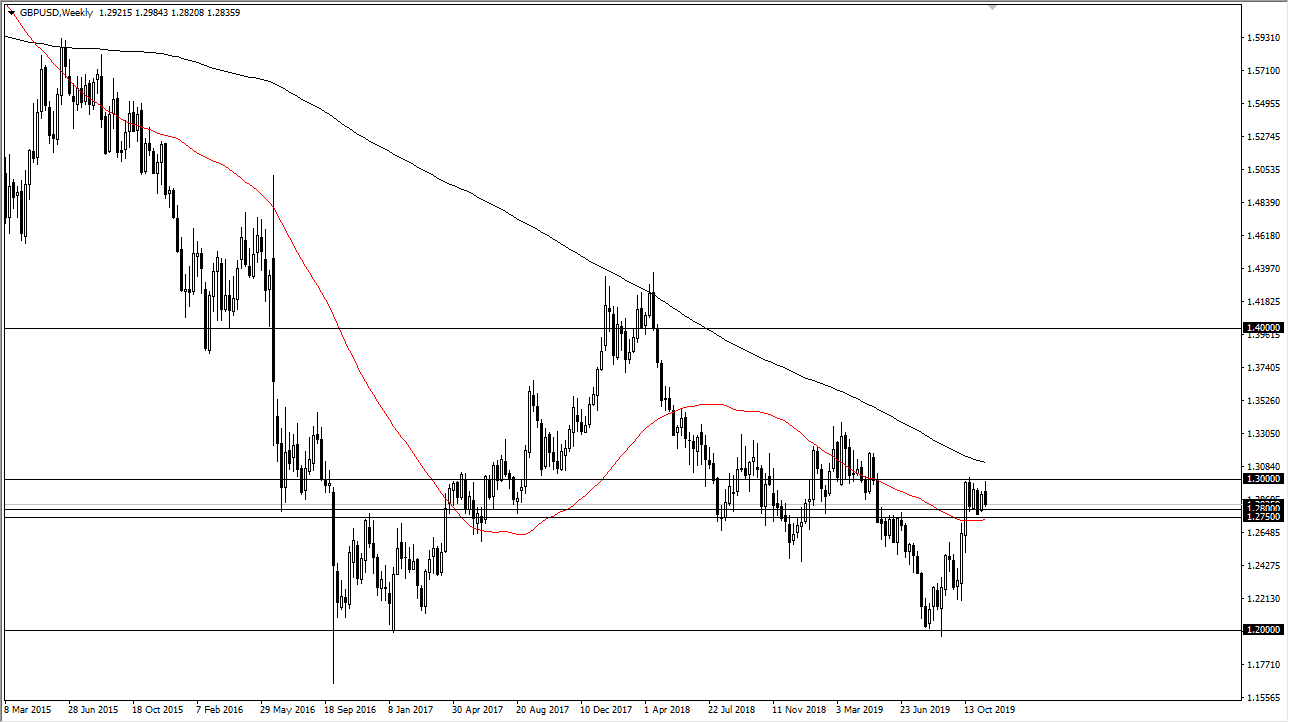 The Euro initially tried to rally during the week but then turned around to form a negative candlestick. This is a simple continuation of what we have seen for months now, and I believe that the Euro should be sold every time it rallies and show signs of weakness on short-term charts. It’s likely that the 1.10 level underneath offers support, and then perhaps a move down to the 1.09 level is next. 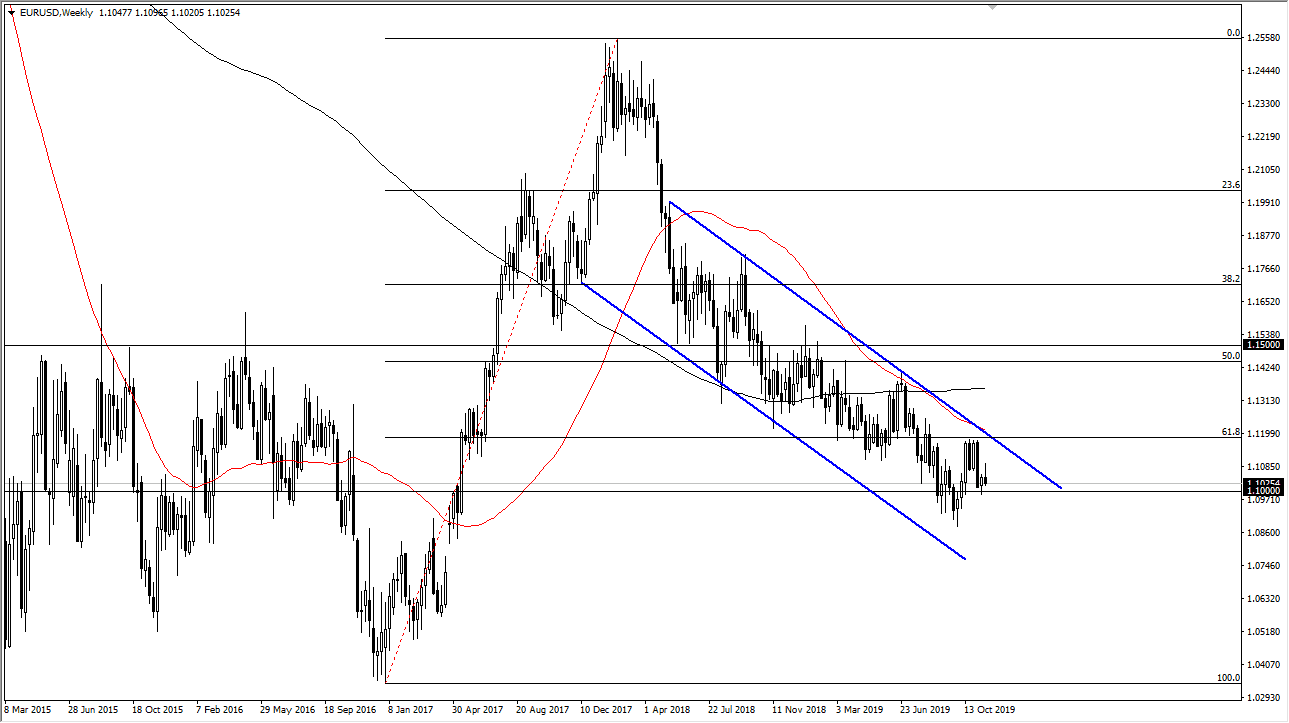 The US dollar has gone back and forth against the Japanese yen during the week, as we continue to press against a major resistance barrier in the form of the 61.8% Fibonacci retracement level, which is found at the ¥109.50 level that extends all the way to the ¥110 level. If we can break above there, then the market is likely to go much higher, perhaps reaching towards the 100% Fibonacci retracement level in the form of the ¥112.50 level. At this point though, it’s going to be very sensitive to the US/China trade situation, which is all over the place right now. 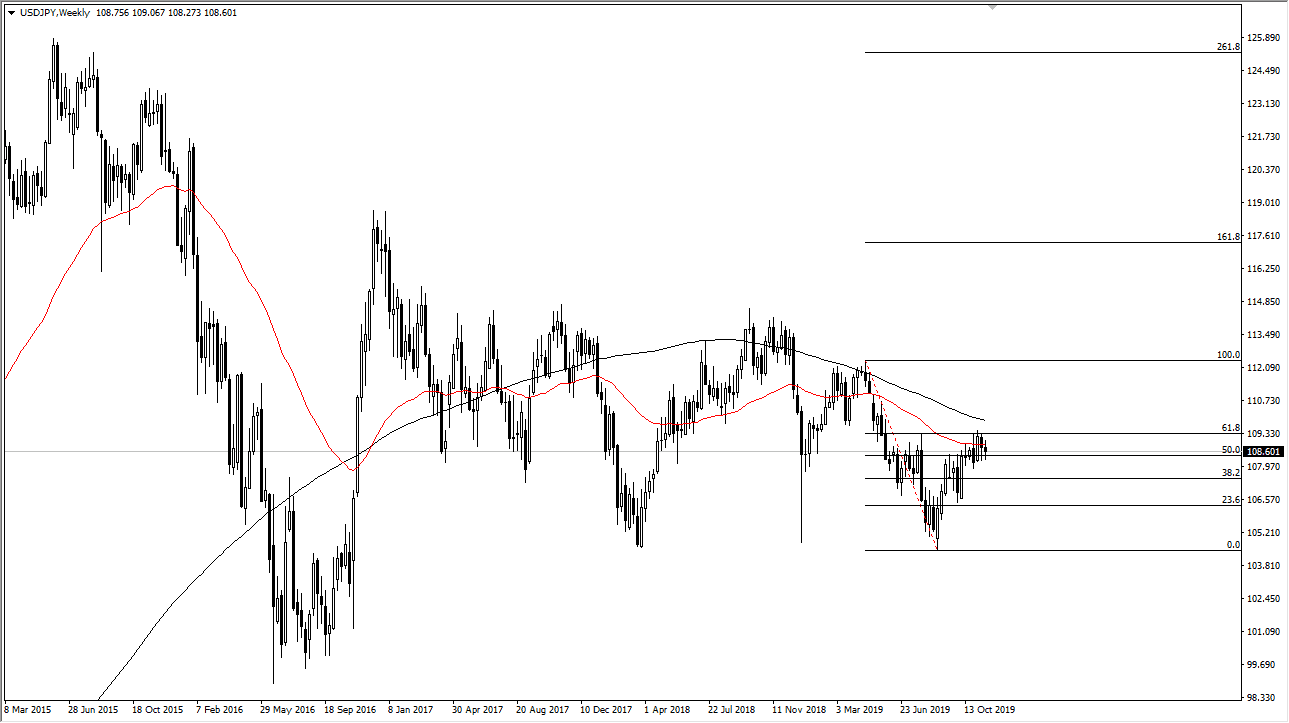 The US dollar has had a strong week against the Chinese Yuan, breaking above the top of the shooting star from the previous week. By doing that, it turns that candlestick into a “inverted hammer”, which is a bullish sign. Now that we are firmly above the 7 CNY level, the market should continue to go towards the 7.15 CNY level. Whether or not you have the ability to trade this pair is irrelevant, pay attention to what the US dollar does against the Chinese Yuan, because if it continues to strengthen it’s very likely that it will be more of a “risk off” attitude. Pullbacks at this point are signs of more of a “risk on” situation. Keep an eye on this chart, it will be important going forward. Ultimately, this is ‘ground zero’ for the trade war. 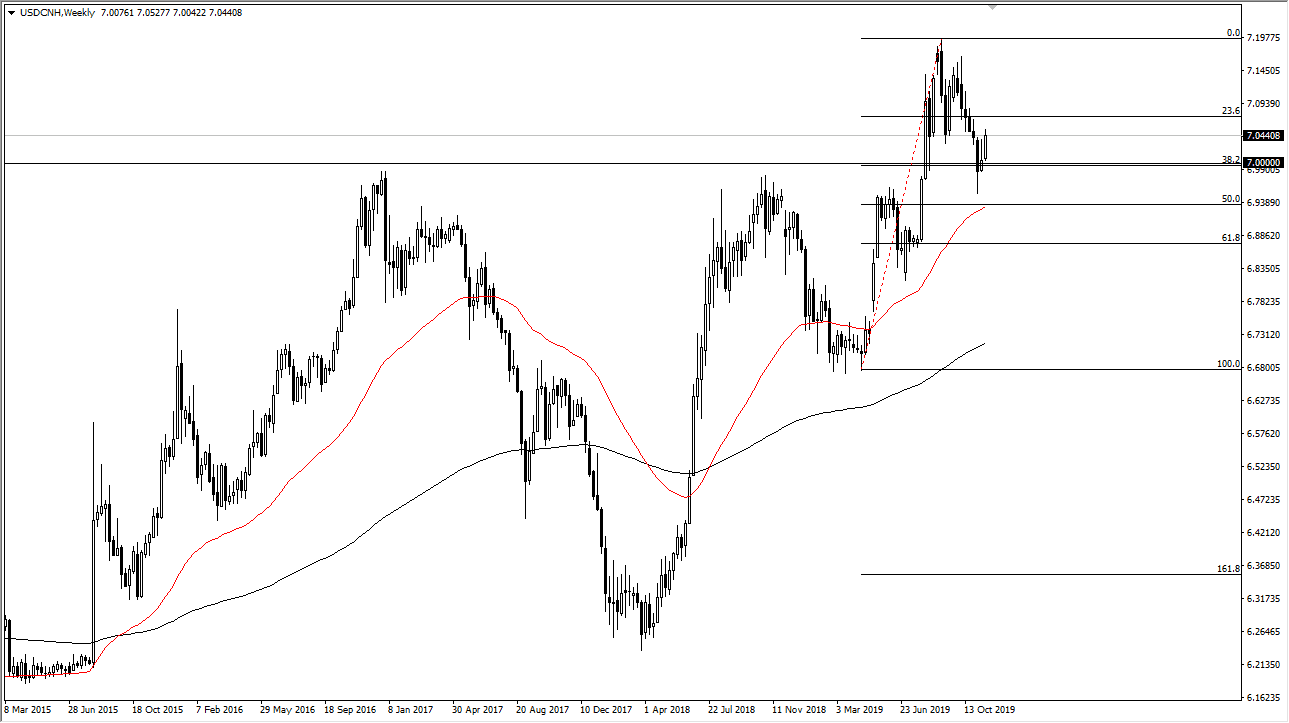